We are located in a malaria-free zone in the central Otjozondjupa region of Namibia, which is known for its plentitude of game and neighbors the Waterberg Plateau National Park.
Ozondjahe Hunting Safaris covers 30.000 hectares or 300 square kilometers on one solid landmass.
Our hunting territory consists of a variety of differing terrains including an entire mountain range (Ozondjahe Peak), bush land and open savannahs teaming with huge herds of Wildebeest, Oryx, Impala, Eland and more.

Our territory neighbors the Waterberg Plateau National Park and the closest city is 25 miles (40 kilometers) south. The city of Otjiwarongo (population 25,000) has all of the basics such as banks, post office, pharmacies, souvenirs, doctors and hospitals. We are a two and a half hour drive north of the city of Windhoek. Windhoek International Airport is an additional half hour drive east outside of the city.

Locate Us with Google Map, just enter those coordinates:

Map of Namibia Showing the location of Ozondjahe Hunting Safaris 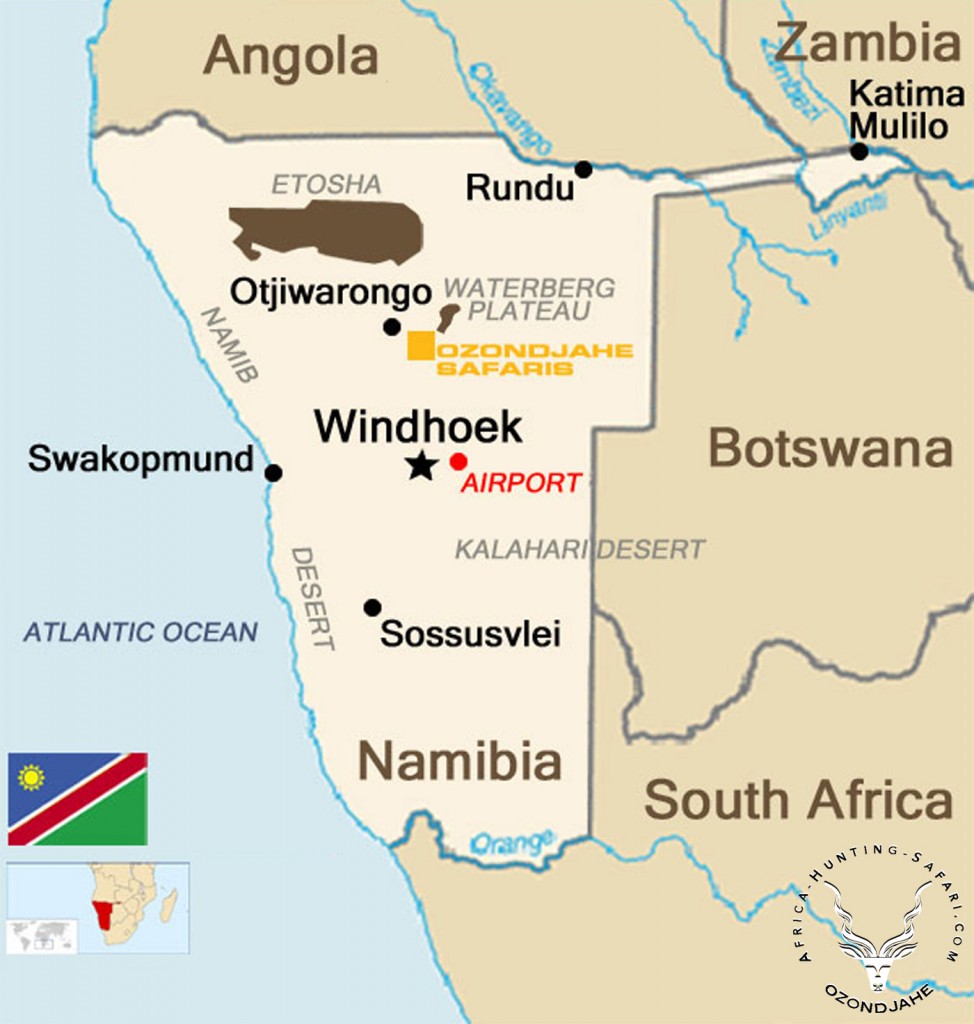 Ozondjahe Hunting Safaris Lodge from Above

Otjiwarongo, Grootfontein, Otavi, and Okahandja are linked by rail and by the main trunk road running from south to north. Communication systems between these areas are also of a high standard.

The farming activities of Okahandja and Otjiwarongo are homogenous as these parts are well known for cattle farming. The Otavi and Grootfontein districts, and to a lesser extent also Otjiwarongo, are the granary of Namibia. The region also has a great potential to establish industries connected with such farming activities and by-products of it. It further has the advantage of combining communal and commercial farming in the same region.

The infrastructure of the region is such that effective administration is possible. The state of development in the area, and the facilities available, form a solid basis for future development. This region has the potential to be economically independent.

According to the 2012 Namibia Labour Force Survey, unemployment in the region is 25.3%. Otjozondjupa has 72 schools with a total of 36,284 pupils.