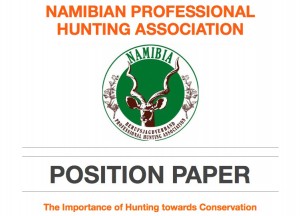 POSITION PAPER – The Importance of Hunting towards Conservation 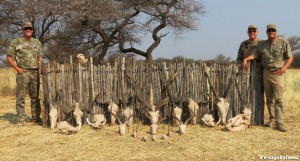 On March 7, 2016, Namibia’s Information Minister, Tjekero Tweya, announced that the Cabinet of Namibia has upheld their opposition to ban or restrict hunting or the exporting of wildlife products from Namibia. In 2013, the Ministry of Environment and Tourism announced that they had approval from the Cabinet to issue five black rhinos hunting permits every year, for five years.  Anti-hunting zealots criticized the Namibian government for allowing the legal, regulated hunting of rhinos. Namibia’s management and conservation of wildlife is based on science and not swayed by the emotionalism of anti-hunters. The revenue derived from legal hunting remains critical 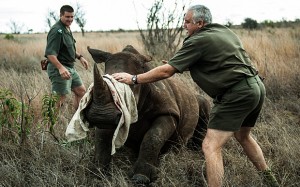 Some good news about Rhino Poaching 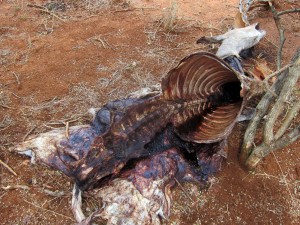 The majority of poaching incidents that make the news involve usually elephants and rhinoceros, but the vast majority of poaching throughout Africa (or even the world) is of small and medium sized game that are killed for their meat. This meat is called “BushMeat” and unfortunately this BushMeat has become a commercial industry and is the prime reason for the decline of wildlife in Africa nowadays. No animal is safe with the poaching gangs; they hunt in multiple ways: wire snares, bow and arrows, machetes, unregistered rifles/guns and hunting dogs. From the smallest antelope in Africa (weighting a few pounds 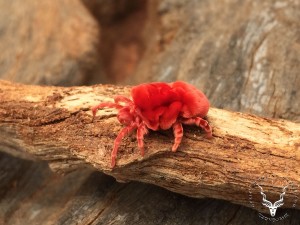 Don’t you love the sweet smell of soil that comes with the first rains? In Namibia, we do!  With the first rains comes: The Red Velvet Mites - Phylum Arthropoda Class Arachnida Family Trombidiidae We got some good rain the last days, and since we were kids, one of the first thing to do after the rain, would be to look for those “red velvet spiders” or “red rain spiders”, as we commonly call them in Namibia even though they don't belong to the same species. They have a propensity to become more active after rain. When you pick them 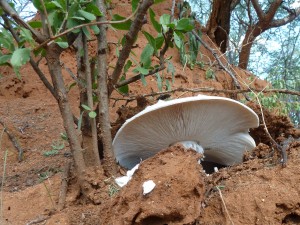 With the rain comes the Omajowa mushrooms

The termite hill mushrooms are quite unique to Namibia. “Omajowa” is a Herero and Ovambo word for our Namibian termite or anthill mushroom. They are a variety of edible fungi, that locals love and hunt during the season. No humankind has been able to grow them; they only grow on tall termite mounds of central and northern part of Namibia. The fungi play a significant role in the emergence of social homeostasis in Termite colonies. In a remarkable way, it is actually not the termites that cultivate the fungi, but the fungi that are cultivating the termites. Omajowa occur only