The majority of poaching incidents that make the news involve usually elephants and rhinoceros, but the vast majority of poaching throughout Africa (or even the world) is of small and medium sized game that are killed for their meat. This meat is called “BushMeat” and unfortunately this BushMeat has become a commercial industry and is the prime reason for the decline of wildlife in Africa nowadays.

No animal is safe with the poaching gangs; they hunt in multiple ways: wire snares, bow and arrows, machetes, unregistered rifles/guns and hunting dogs.

From the smallest antelope in Africa (weighting a few pounds only), the Damara Dik Dik to some of the largest, the Giraffe, the poachers are becoming more professional, using mobile phones, cars, motor bikes to outsmart and dupe us.

At Ozondjahe we have 4 anti-poaching security guards on staff all year long.

Yesterday, we got one! It is very difficult to spot them in this bush and very difficult to catch them; we got one guy only out of a group of five. Police were called to hear our statement and to take the poacher to Otjiwarongo's jail. Not much happens to those poachers, unfortunately, they often get out of jail pretty fast after a bail fee has been paid. This fee runs between 15 & 30 US$, which is why they go right back to poaching after being released.

In their campsite, we found wire snares, lots of meat rotting and some drying on trees to make biltong. Three carcasses in total were found on the location: one female eland, one kudu and one oryx, along with pangolin shells, warthog task.
Most of the meat is gone usually soon after the animal is killed in cruel traps. Most of the time it is done at night; car comes next to the fence to load the meat.
This time, we got the name of a lady in Otjiwarongo who buys this meat for resell. Hopefully the police will investigate this matter and find this lady; always good to make an example which doesn't happen often.

Some pictures of the findings: 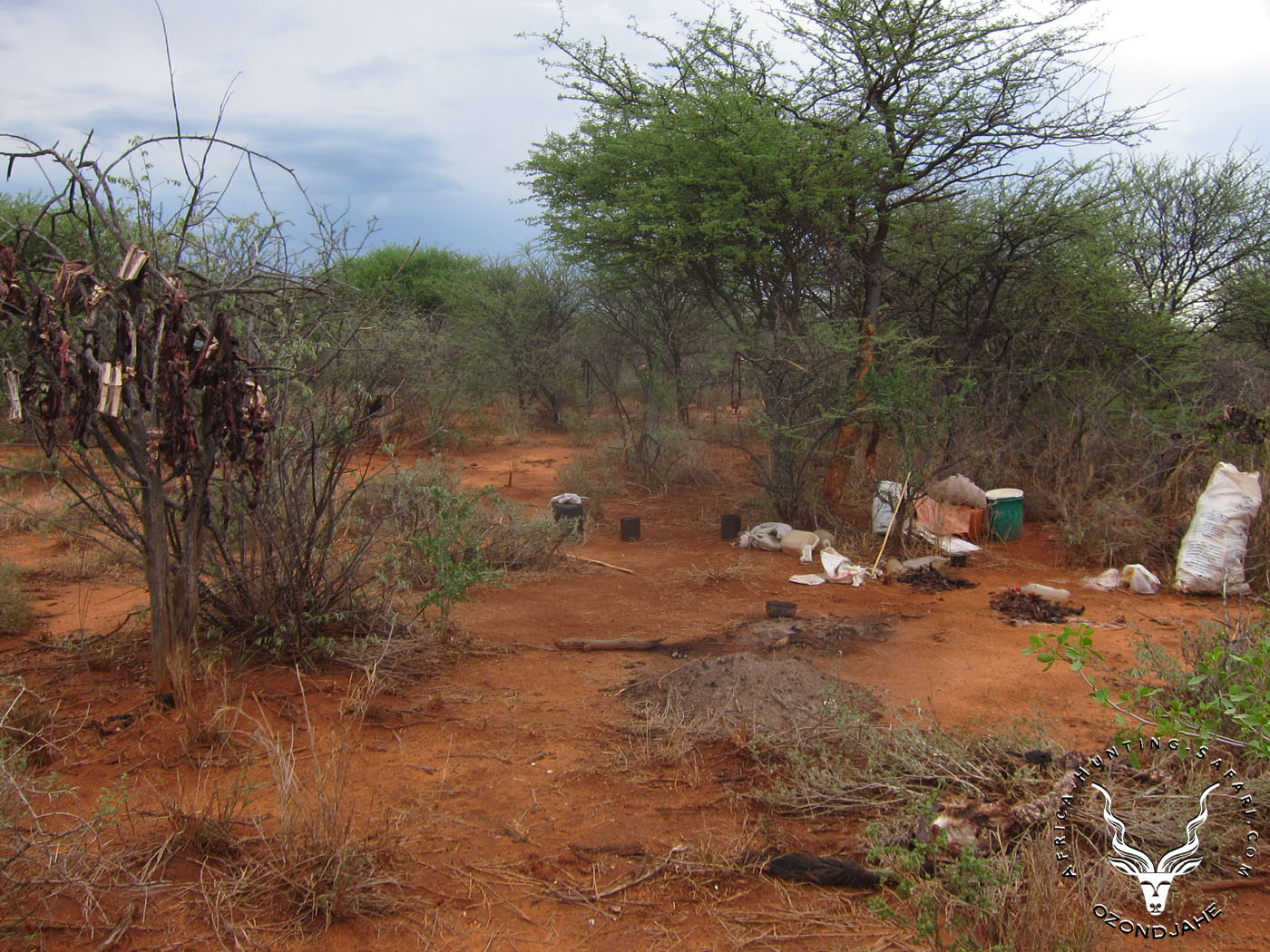 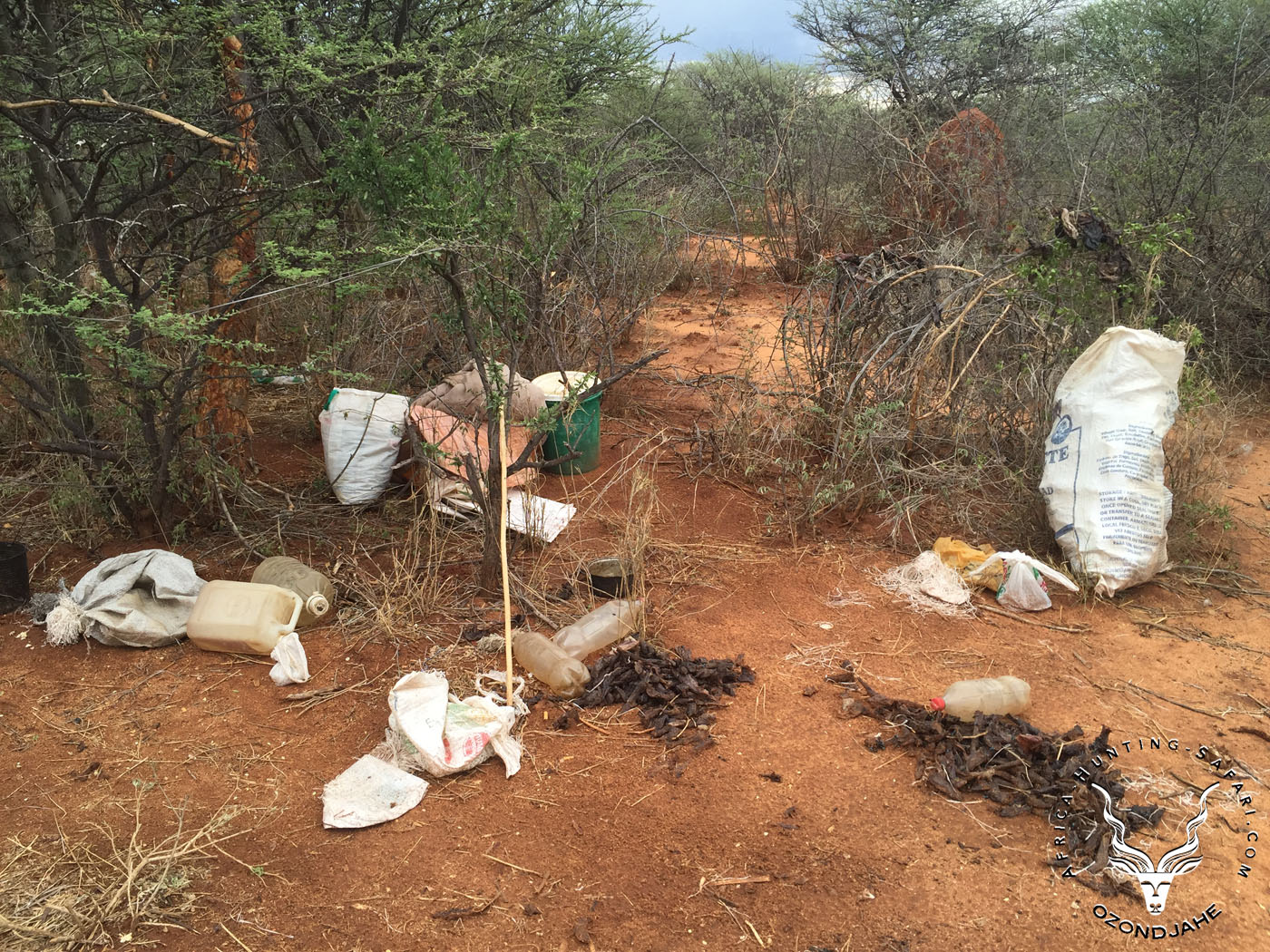 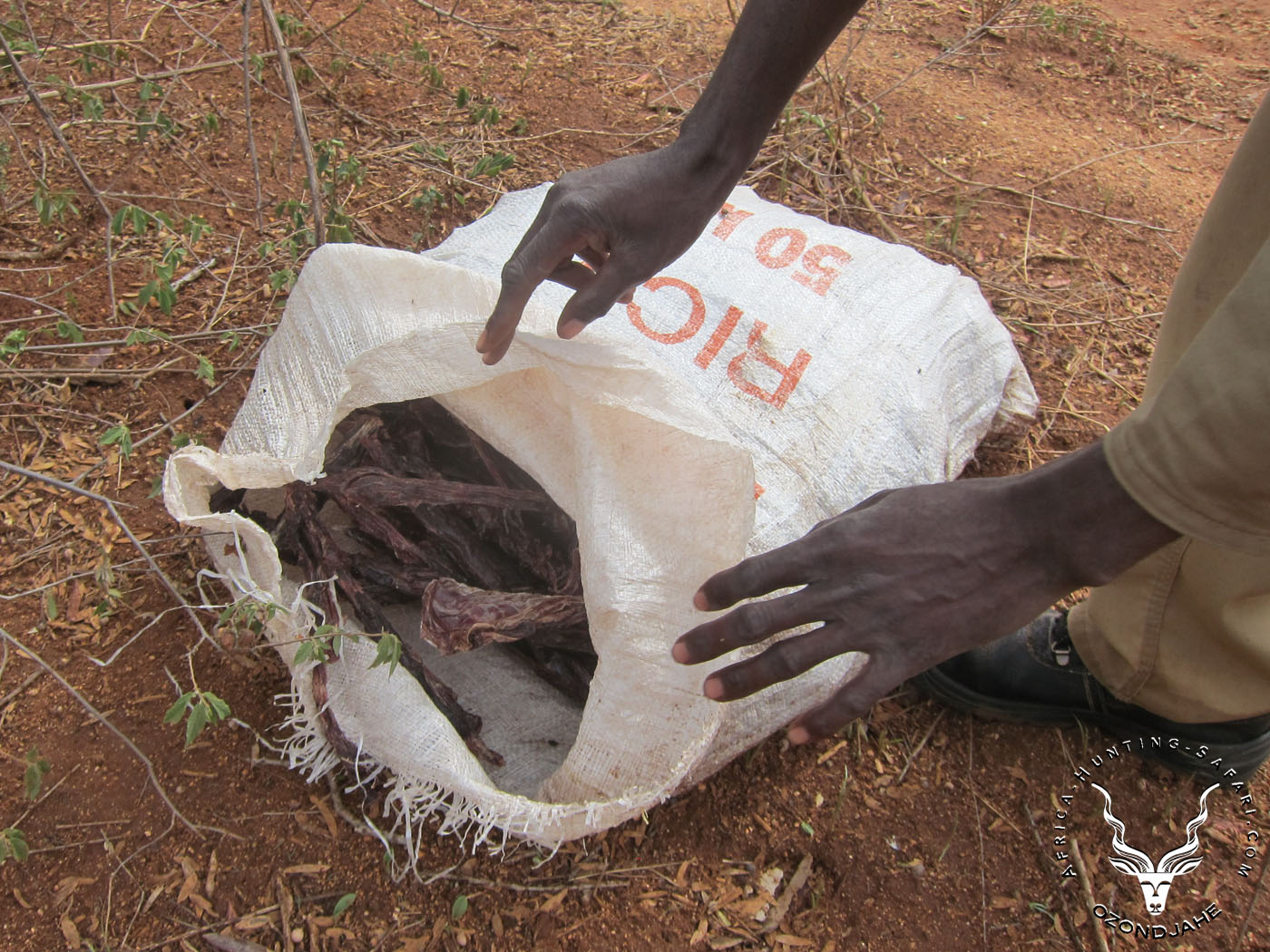 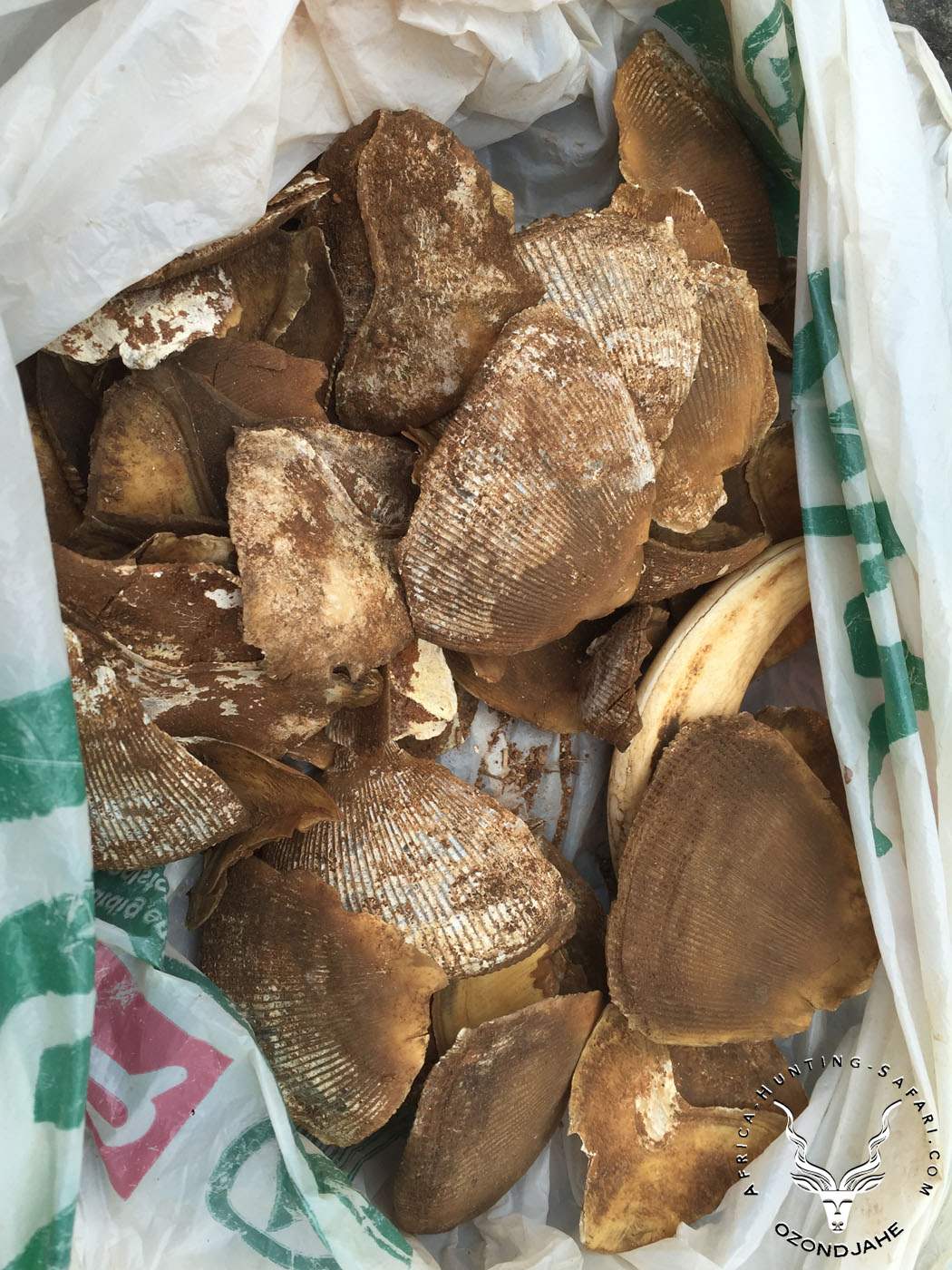 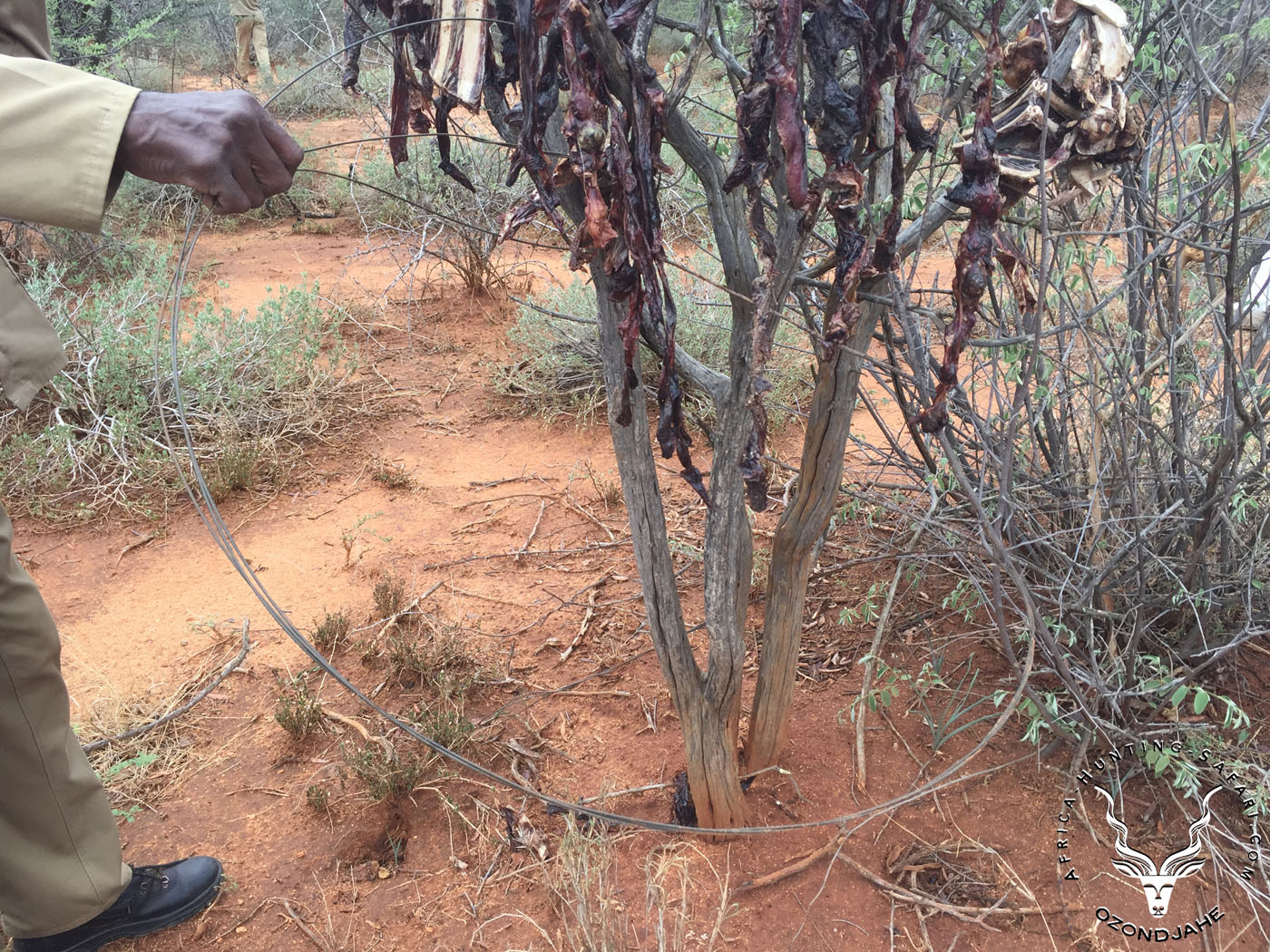 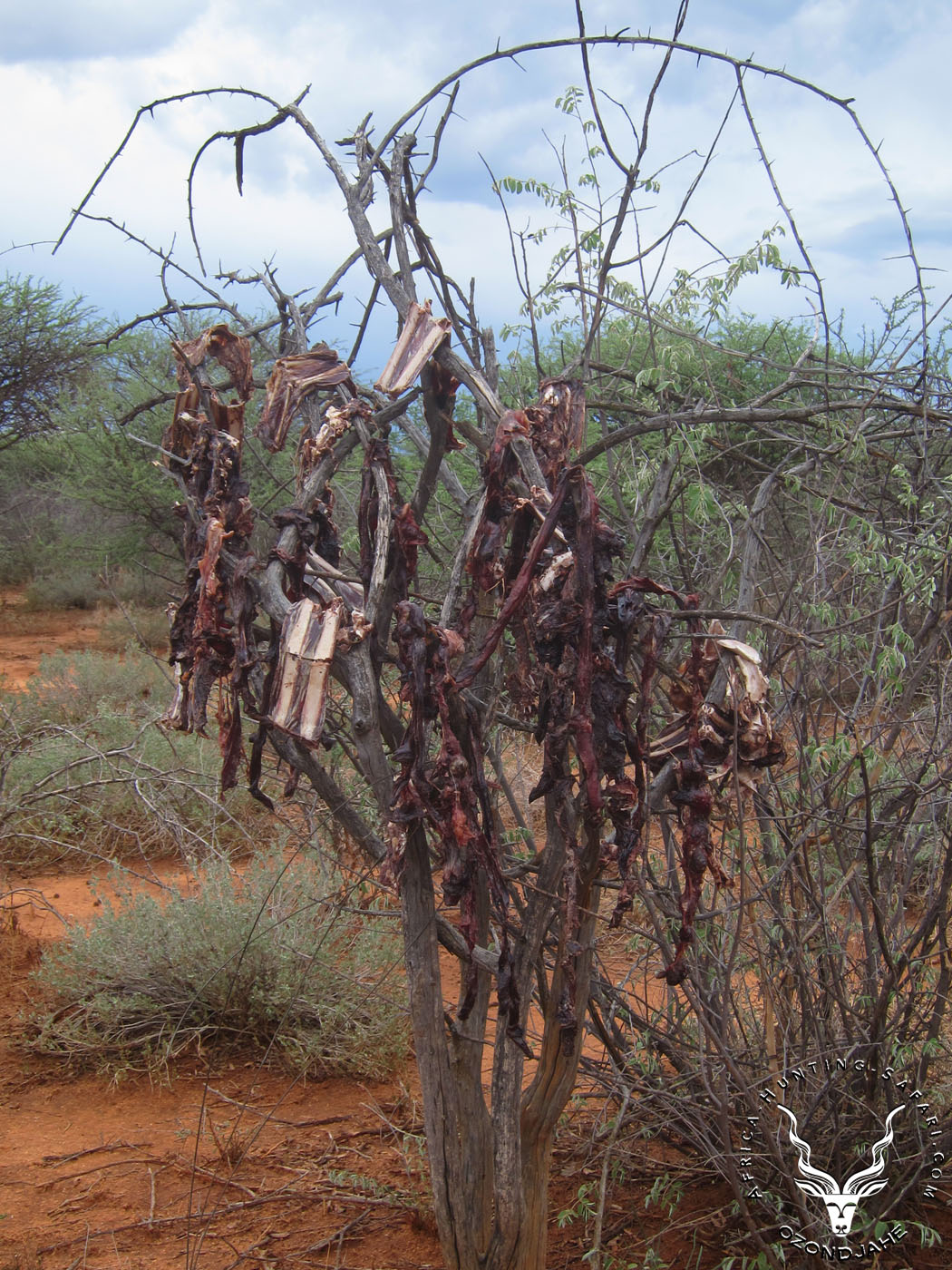 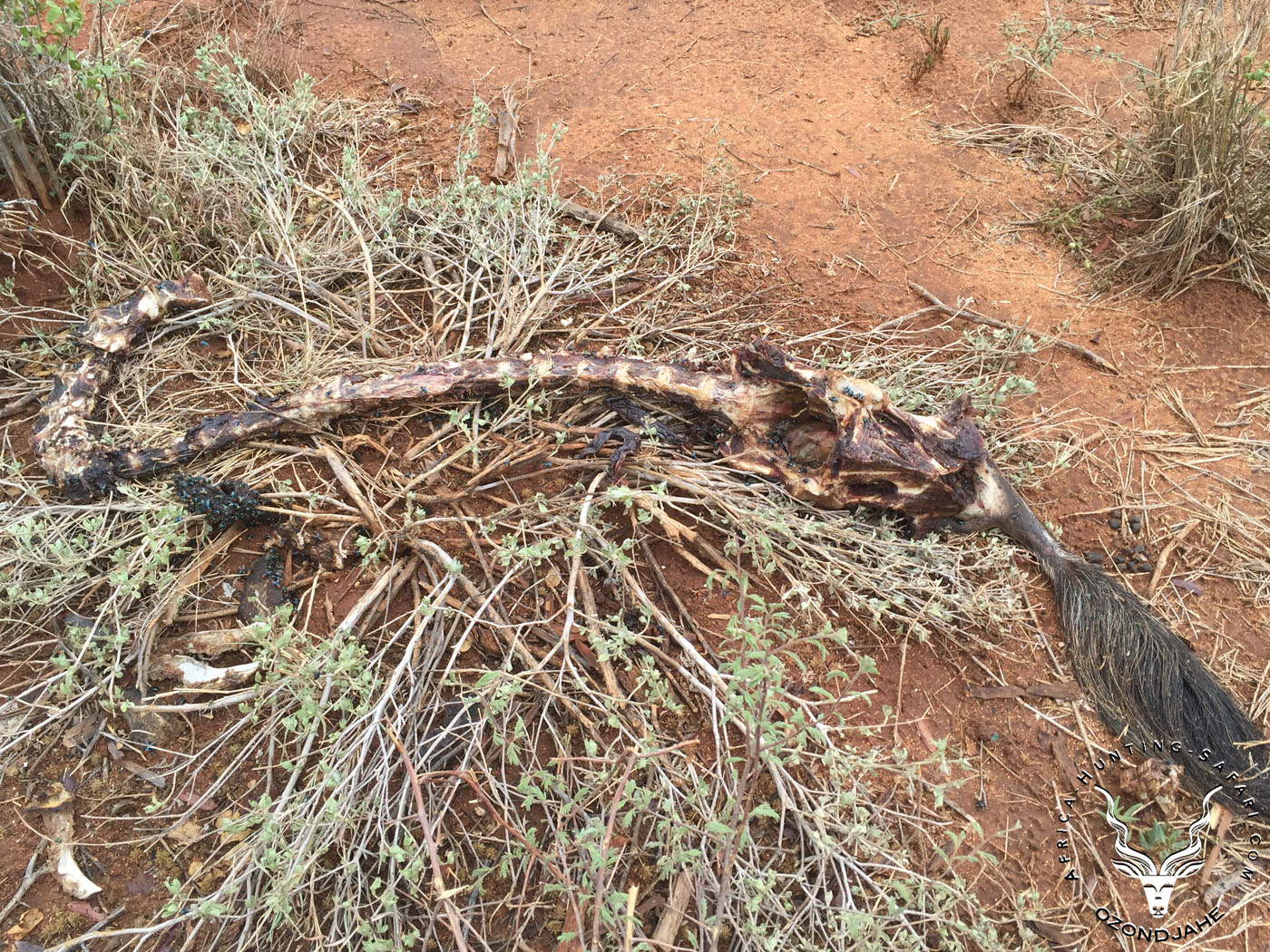 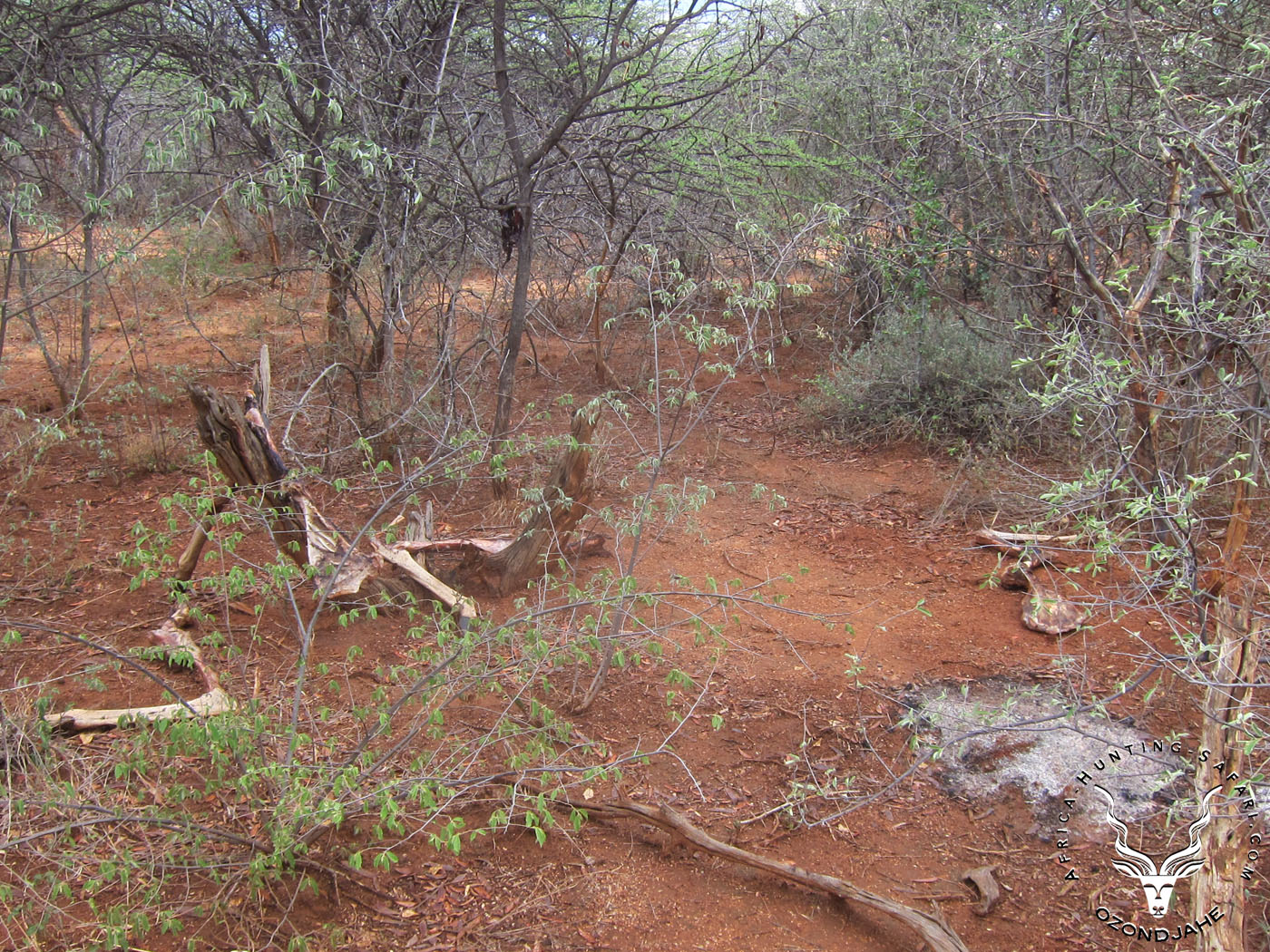 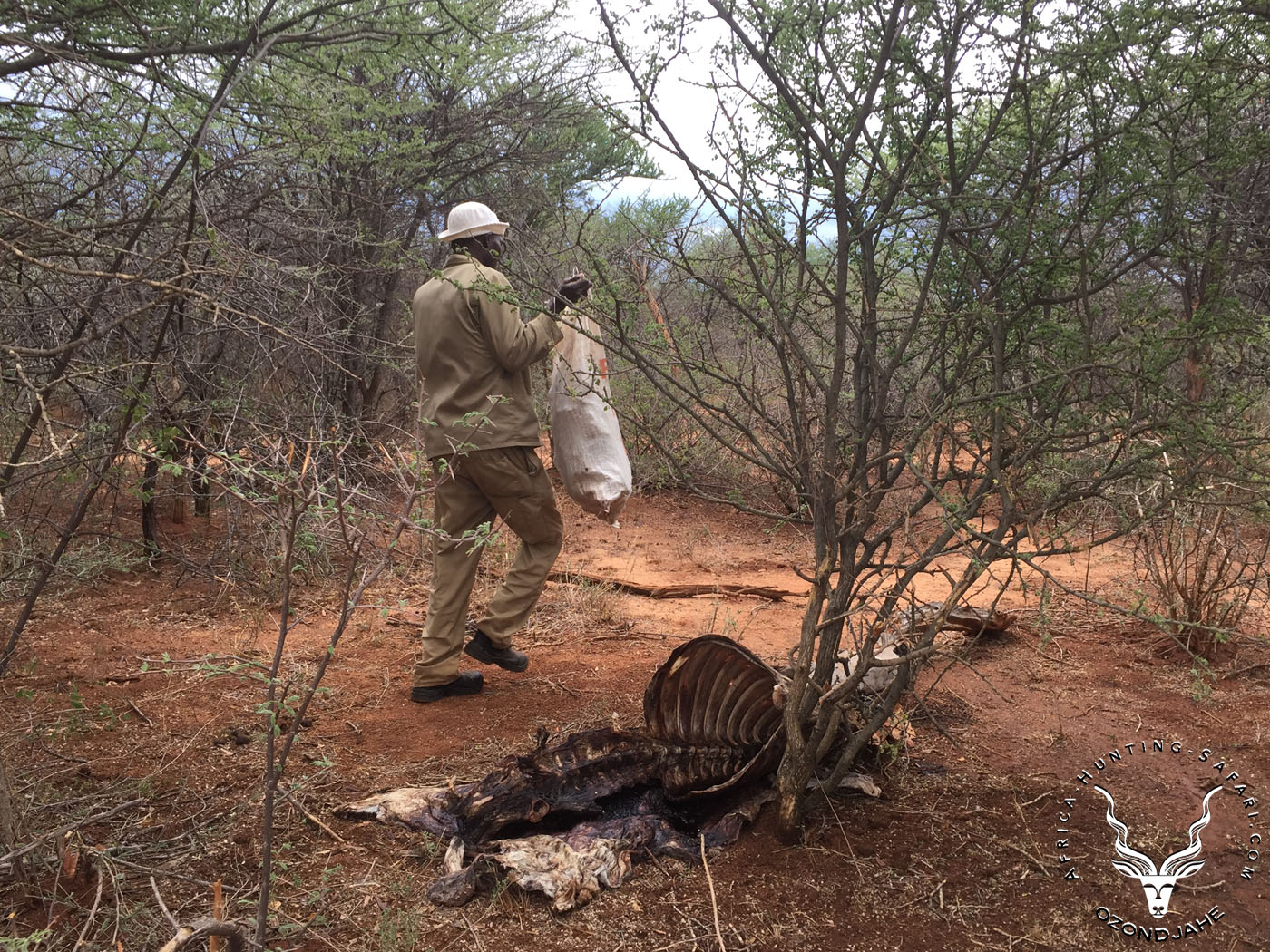 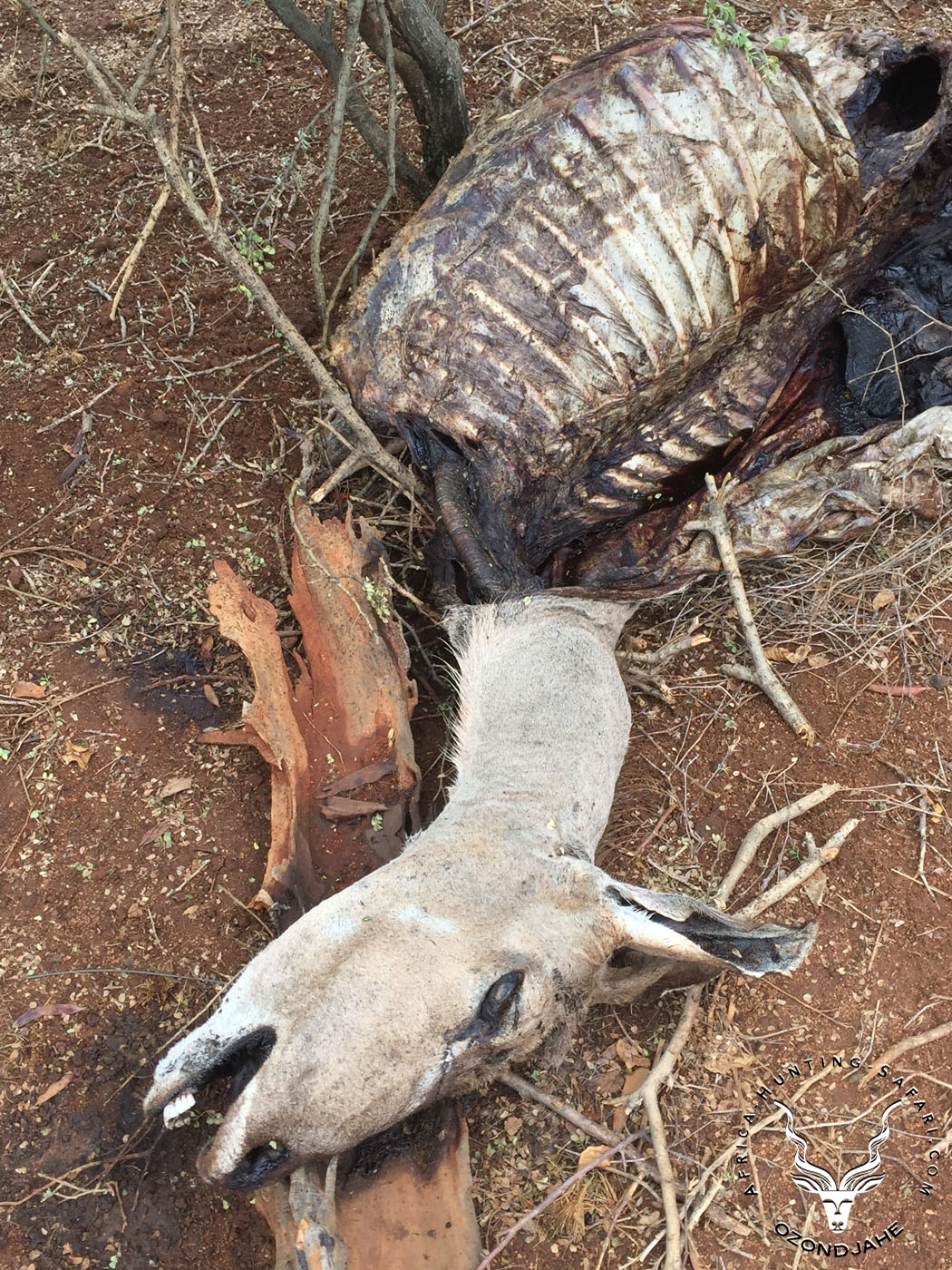 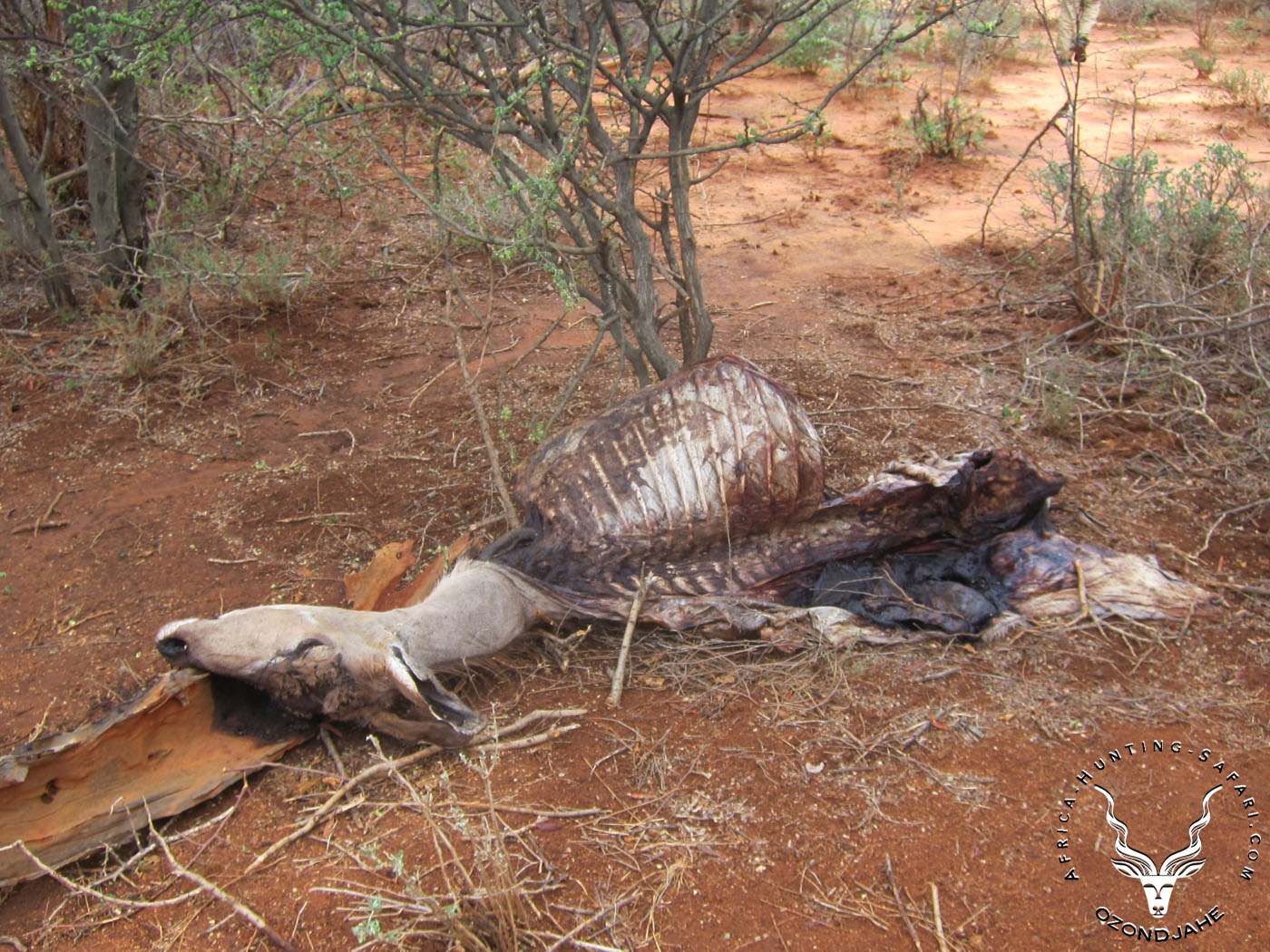 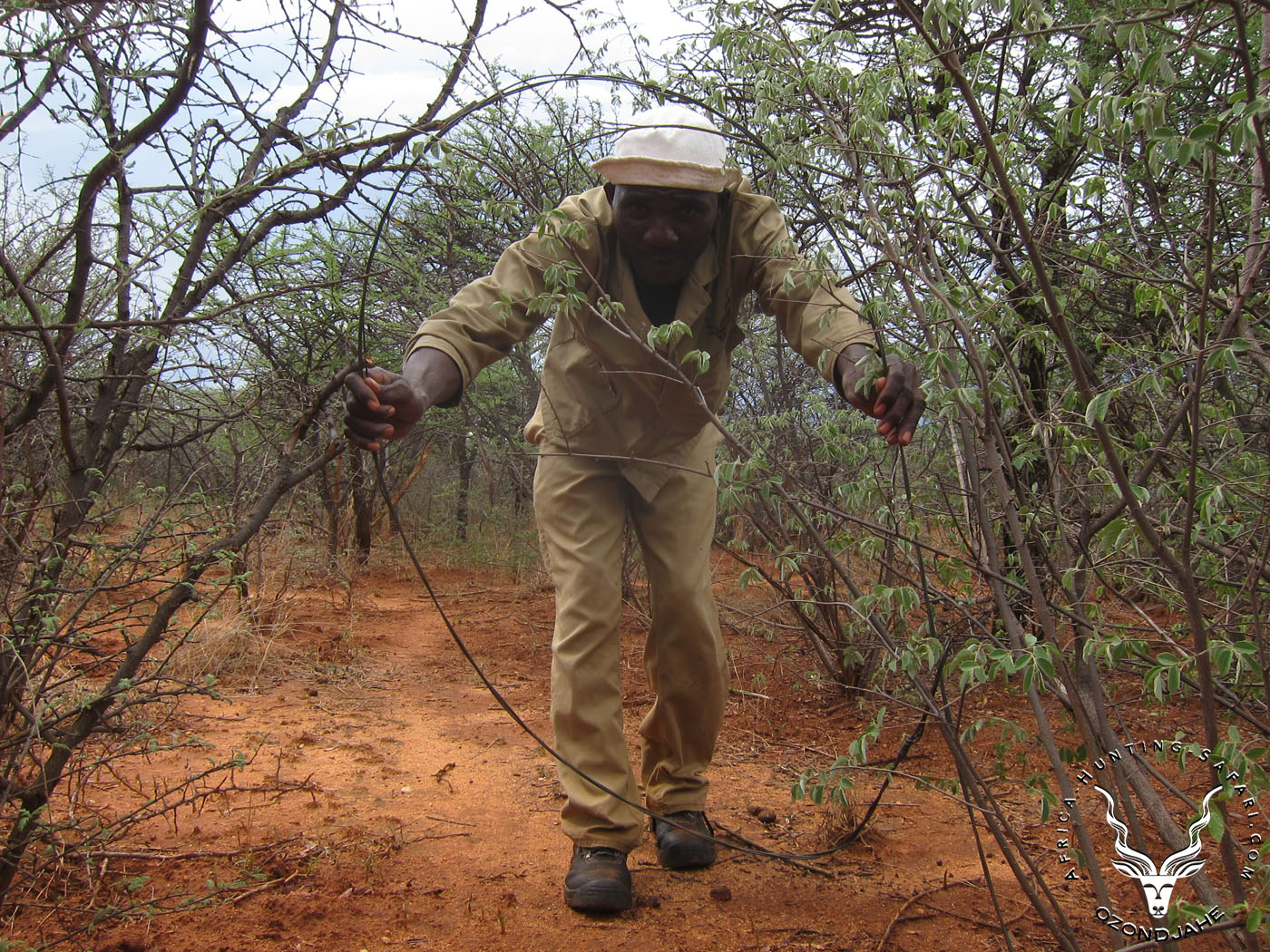 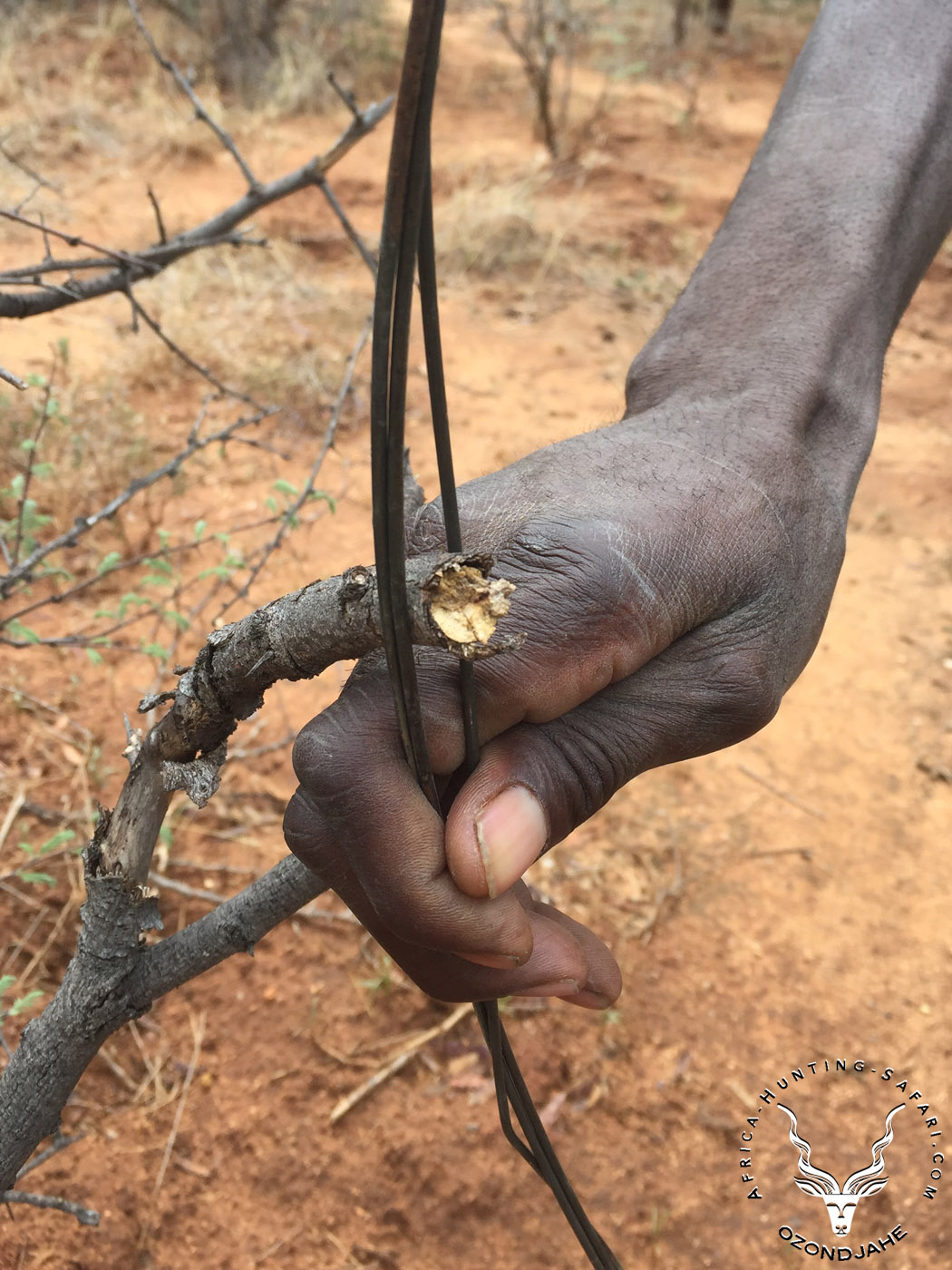 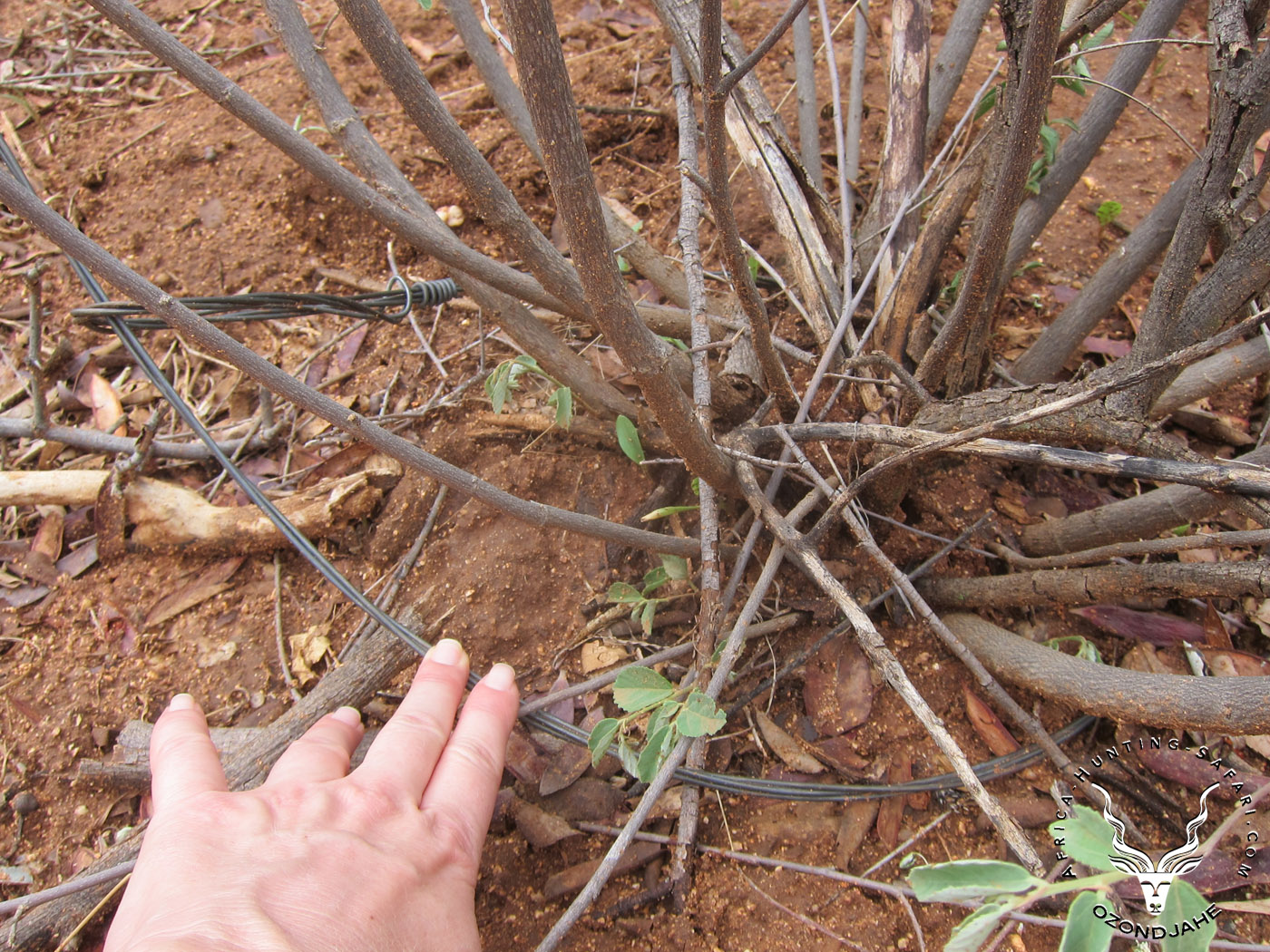 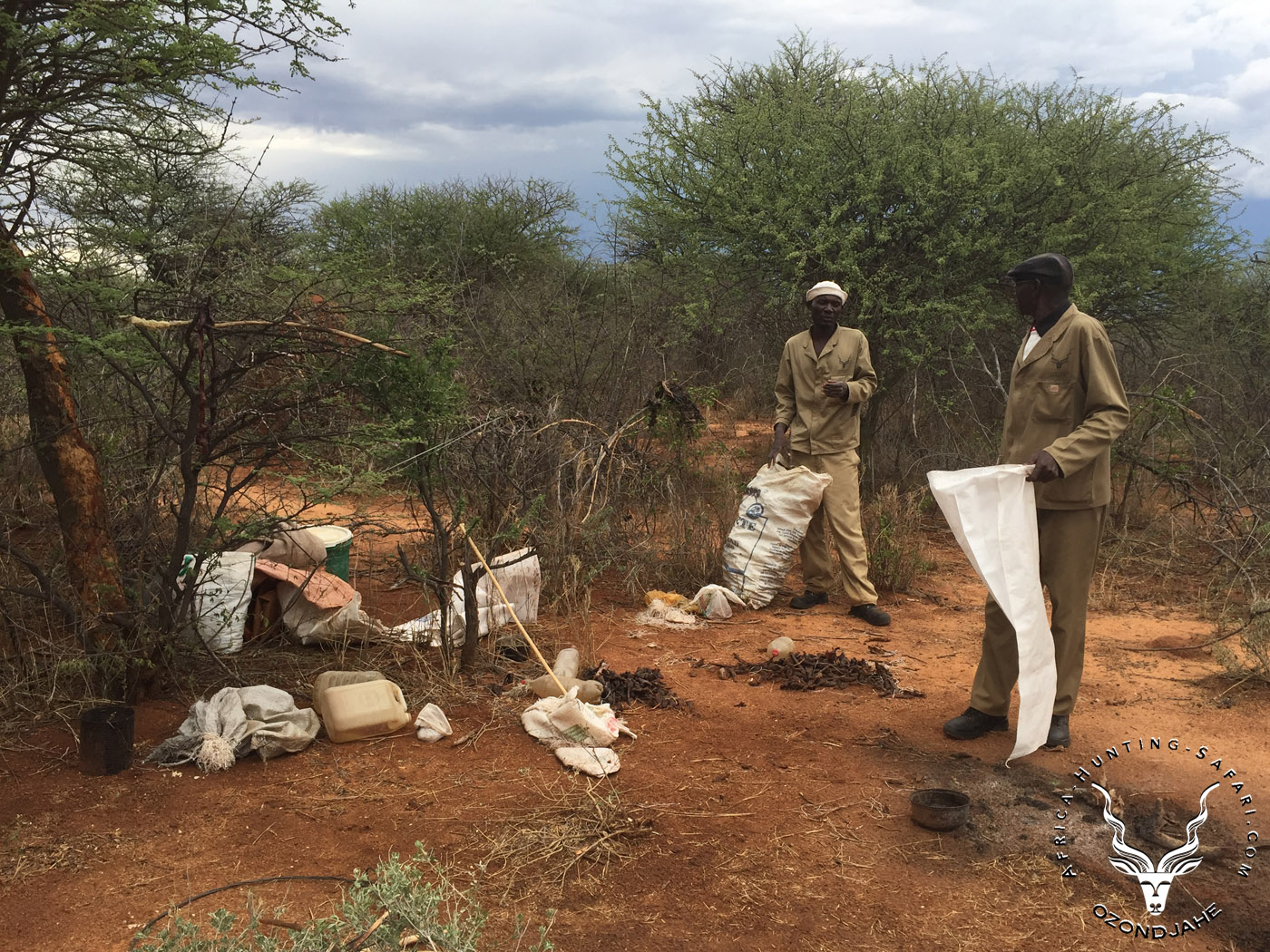 Time to clean up