Ozondjahe Hunting Safaris is proud to offer the dedicated bowhunter some of the best bowhunting experience that Southern Africa has to offer. We have a full time PH who specializes in bowhunting and who is passionate about bowhunting himself. We were one of the first hunting outfitters to be allowed to offer bow hunting in Namibia and were at the forefront of Namibia bowhunting legalization, which finally gained approval in 1997. 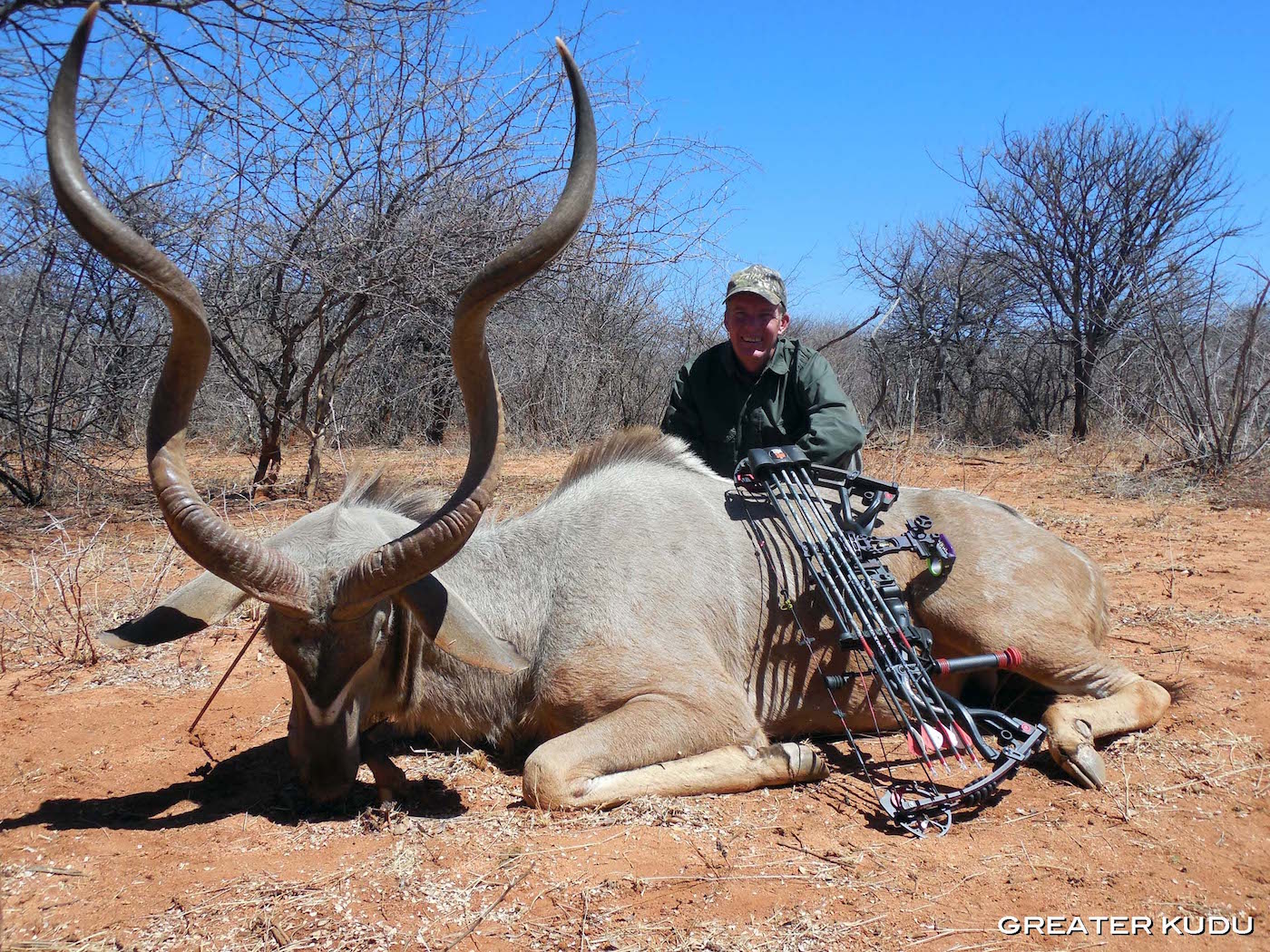 Ozondjahe Hunting Safaris is a top notch bow hunting outfitter and nationally registered bowhunting ranch in Namibia with both the Ministry of Environment and Tourism (MET) and the Namibia Tourism Board (NTB). Namibia has a long tradition of hunting with a bow and arrow with the Kalahari Bushmen who traditionally hunts with poisoned arrows.

Bowhunters, familiar with the country, consider the overall conditions for bow hunting in Namibia particularly suited to their sport. Possessing some of the highest populations for plains game hunting and variety of African trophy hunting species makes it a paradise for any hunter, but climate and terrain are the features that make it so well-adapted to bow hunting. The driest months for trophy hunting in Namibia are June through mid-October and therefore are the most conducive for a bow hunting safari. 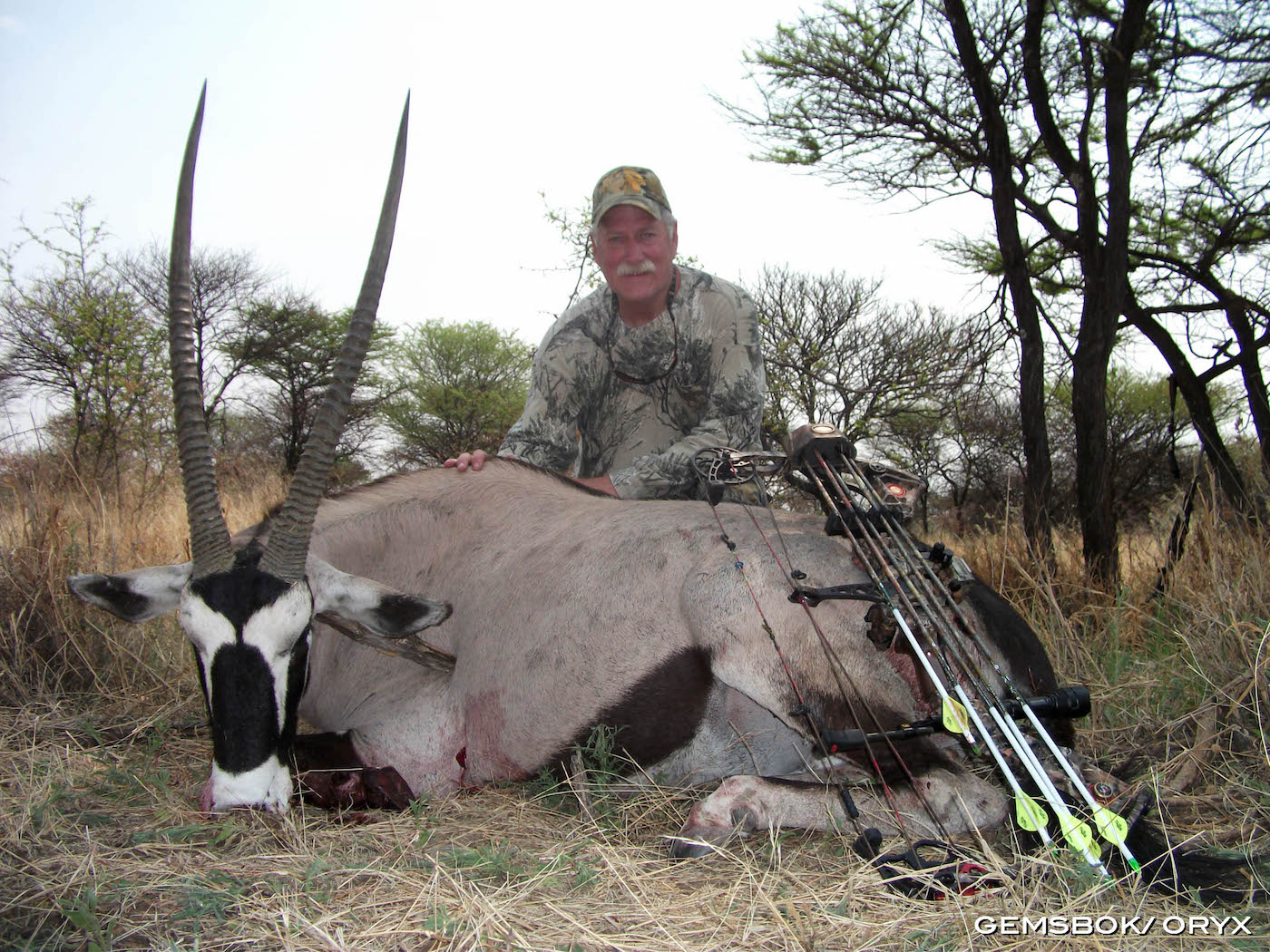 Our clients consistently leave with top quality trophies across the board and Ozondjahe Hunting Safaris has an exceptional number of bow hunting trophies in the all time record book of the Namibian top 10 Trophies of the Namibia Professional Hunting Association (NAPHA).

A number of bow hunting techniques are used from the bowhunter lying in ambush in areas frequented by game or stalking their prey. 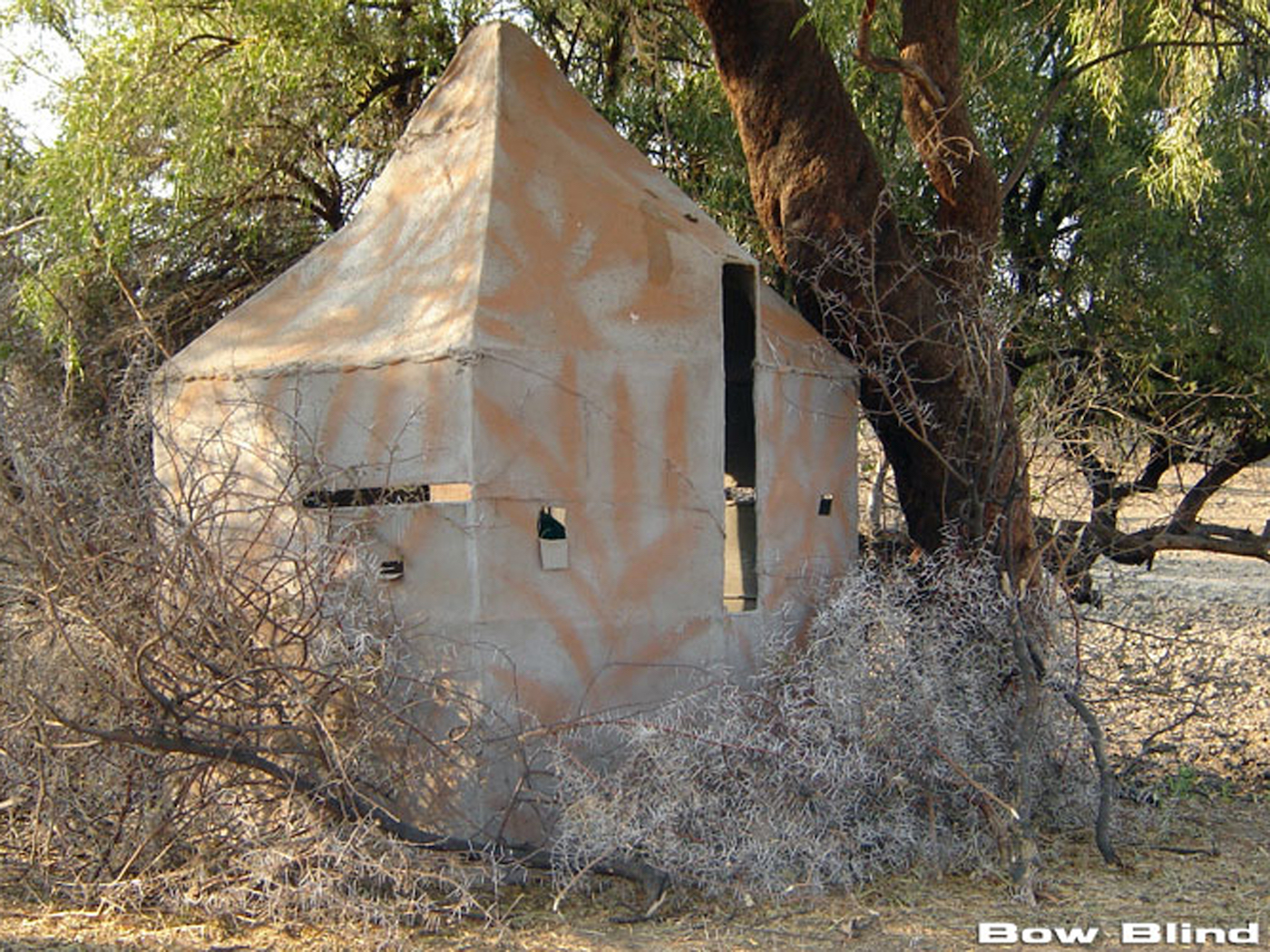 The majority of bowhunting certainly takes place from strategically positioned bow hunting blinds, ground hides and elevated stands near waterholes and salt licks which is usually the preferred method during the drier winter months, June to August and the early spring months, September to mid-October. Our moveable bowhunting blinds are constructed specifically for bow hunting, they are very comfortable, have enough room for 3 people and you can stand up in them to bow hunt. The bow blinds are placed in relationship to the waterholes and salt licks to put the bowhunter as close to the relaxed and unaware game as possible. Shooting distances range from 10 to 40 yards (10 to 40 meters).

The spot and stalk technique method of hunting is preferred during the green season months in Namibia, February until May, as sufficient cover exists and the green bush is softer on the foot and reduces noise while stalking. Also the animals do not visit the waterholes as frequently as they do during the drier months as the water availability is a lot more abundant. Spot and stalk hunting is also used for the more challenging game species or those that do not frequent waterholes much.

Within the bowhunting territory there are over forty waterholes where everyday hundreds of head of plains game congregate, you will certainly see a large number of plains game and have ample opportunity for success on your plains game hunting safari. With so many waterholes and bow blinds on our vast property, the game never becomes wary or nervous as is the case on smaller bowhunting properties where game is constantly hunted at a few water points. The challenge of a spot and stalk bowhunt in full camouflage may be undertaken by those wishing to test their bowhunting skills in Namibia’s competitive environment. 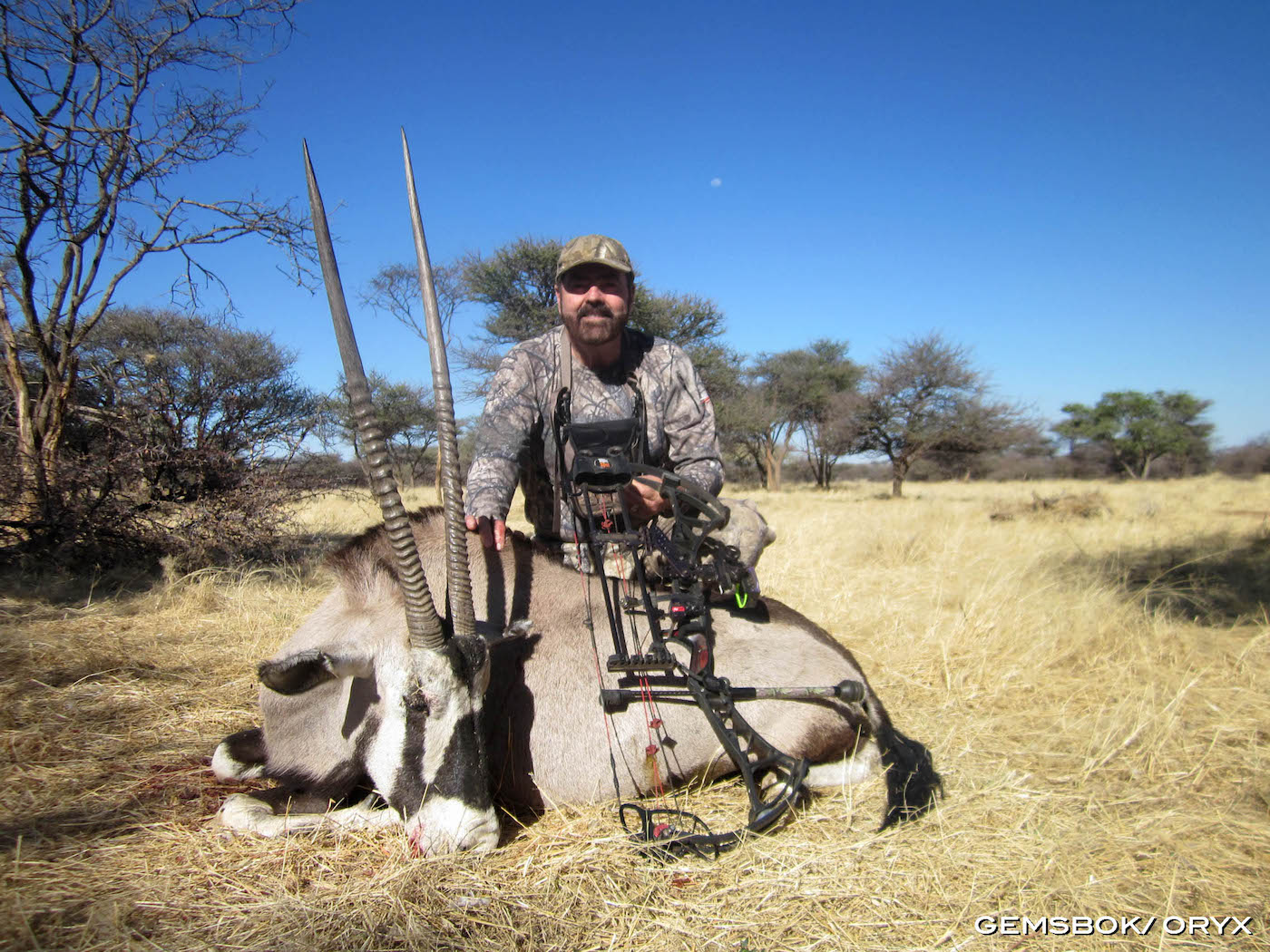 There is no required permit or charges for traveling with bows and arrows to and/or through Namibia. Crossbows are not permitted.

Bow hunting for trophies in Namibia may only take place on a bow hunting ranch which is registered for this purpose with Ministry of Environment and Tourism (MET). Ozondjahe Hunting Safaris meets all of the qualifications required to conduct bow hunting in Namibia. To be a bow hunting outfitter in Namibia, the hunting territory must be inspected and approved to become a nationally registered bow hunting ranch, and the outfitter must have one Professional Hunter in possession of a valid Namibia bowhunting license.

Bowhunting permits for all species must be obtained by a licensed bow hunting outfitter and clearly stipulate “BOWHUNTING” at the top of the page. Namibian law states that a hunter may take only two animals of each species per year on a regular trophy hunting permit, irrespective of if the trophies are exported or not. A hunter may harvest more than two animals of each species on a management hunt. Additionally, Namibia does not allow dangerous game (Elephant, Hippopotamus, Crocodile, Buffalo, Lion, Leopard) hunting by bow, with the exception of Cheetah hunting.