For the hunter who likes to fish and enjoys lots of excitement a great extension to your hunting safari is to fish the spectacular Okavango River for the mighty tigerfish as well as largemouth bream, tilapia and catfish during the season from September to December. The Okavango River lies between Namibia and Angola and takes a six hour drive to reach from Ozondjahe Safaris therefore four days are required to enjoy a couple of days of fishing.

Tigerfish are considered the finest and hardest fighting freshwater game fish around. They are ferocious hunters and right at the top of the food chain in the rivers and lakes where they live. With eight large sharp protruding teeth they can grow to over 20 pounds with a females being larger than males. A great catch for someone who is both a hunter and fisherman! 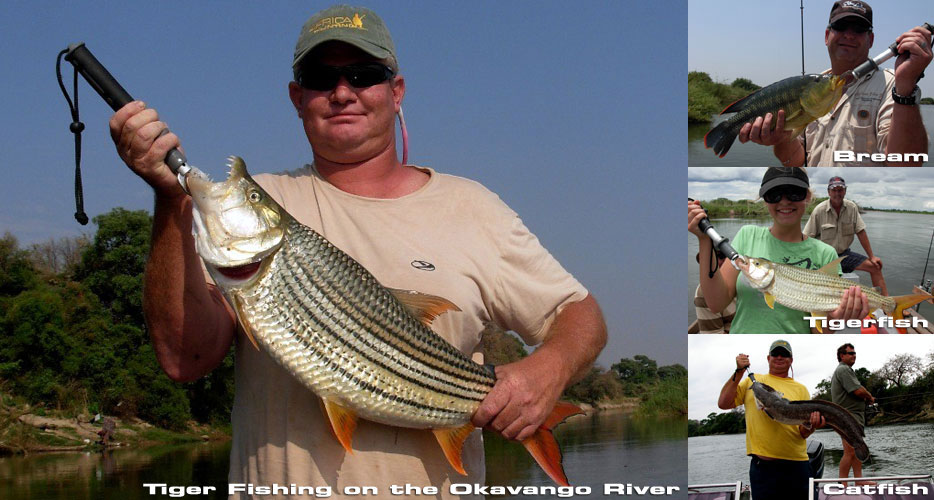